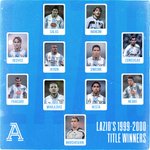 @RobTannerLCFC : RT @JackPittBrooke: “Further than tactics, further than the defensive organisation. That goes much more deep than that. It goes further than football. It goes to the human side of it.”
Jose Mourinho talking through his Inter treble here with @JamesHorncastle, great stuff